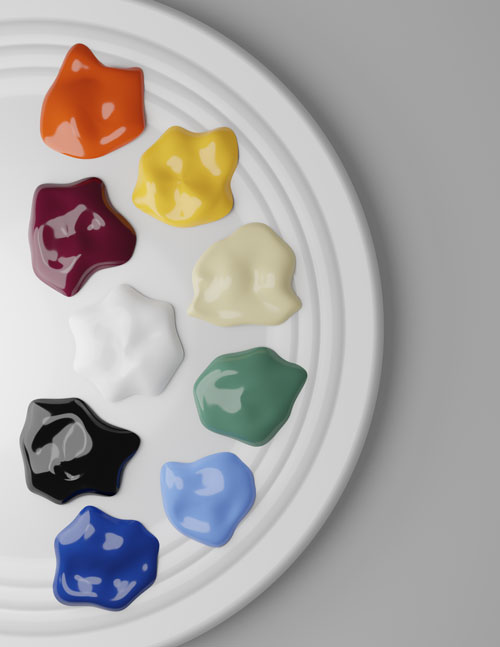 Designed by Louis Ipsen, featuring bright glazes produced by Victor Houser, and masterfully executed by potter Matt Carlton, Bauer launched their California Colored Pottery line in 1930. The first colors in the lineup included Chinese yellow, Delphinium blue, and Jade green. Over the next few years, Bauer added orange-red, cobalt blue, and black. Following a trend in more casual dining brought on by the Great Depression, customers were encouraged to create mix-and-match sets. Bauer offered the “ringware” version of the pottery in 1933, but continued to produce some plainware items until at least 1941.

Bauer introduced Hi-Fire around 1937 using a new talc-based clay that made the pottery more durable. While primarily an art- and gardenware line, Hi-Fire included some kitchenware pieces. Compared to standard ringware, the pottery is much thicker.

Through the 1930s, ringware came in a wide variety of colors, including Chinese Yellow, Jade Green, Royal Blue, Delph Blue, Ivory, Black, Burgundy, Orange-Red and White. The company introduced a light brown or rust color in the early 1940s. Gray, Olive Green, and Chartreuse were added in the late 1940s or early 1950s. While Bauer continued to introduce new colors in the 1940s, they stopped adding pieces to the ringware lineup as consumers moved on to other trends.

The following Bauer Pottery piece list includes items from their standard ringware dinnerware line, along with relevant pieces from the Hi-Fire series and plainware items that Bauer continued to produce through the early 1940s. I compiled the list based on available reference books, company catalogs, other collectors, and historical online auctions. Where known, accessory pieces like copper, wood, and iron racks and holders have been included. Stock numbers from the 1941 catalog are shown. Any ringware piece without a number was no longer in production by 1941. View the 1941 catalog here. 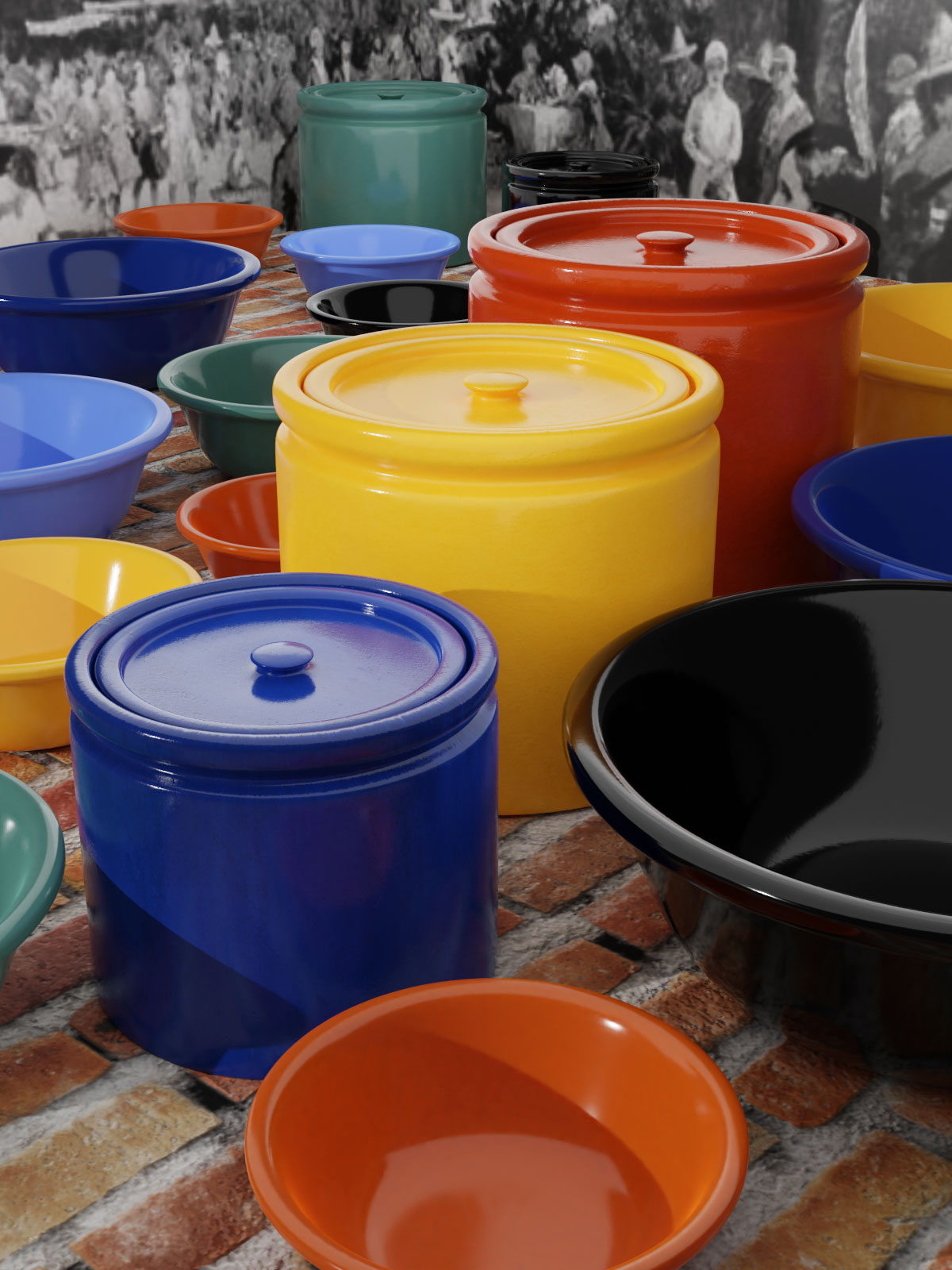