Garden City Pottery was founded in 1902 in San Jose, California, with an office and manufacturing facility on 560 North Sixth Street. Like many California potteries of that period, their original product lines focused on commercial tile, pipe, sanitary, and garden ware products. By the 1920s, Garden City was the largest pottery in Northern California.

During the 1930s, with demand for commercial and residential ceramics dramatically declining, Garden City was on the verge of bankruptcy. Seeing the success of the Southern California potteries with their colored dinnerware lines, Garden City brought in a designer in the mid-1930s to help create new products. The designer, Royal Arden Hickman, begins creating new dinnerware lines and floral and artware pieces. The company also recruited Paul Larkin from Pacific Pottery to create a series of glazes for the new lines. Merrill Cowman joined in 1934, and the two formulated Garden City’s first set of glazes in yellow, green, blue, orange, cobalt, turquoise, black and white. Unlike many of the other potteries, Garden City dipped their ware in glazes rather than using a spray process, making the glazes thicker and colors brighter.

Garden City produced five “short-set” dinnerware patterns in the 1930s: Ring, Plain, Diamond, Swirl, and Geometric. Most sets included a series of plates (6″ bread and butter, 7″ salad, 9″ luncheon, 10″ dinner, and 12-14″ serving plates) as well as a cup and saucer, bowl, creamer, and sugar. Several lines included other serveware pieces, such as teapots, casseroles, pitchers, and tumblers. Dinnerware is tough to find.

While California remained their primary distribution area, Garden City distributed nationally through retailers like Macy’s and Montgomery Ward. Since Garden City was primarily a wholesaler, retailers sold under store brand names. In addition to an absence of identifying company marks, no company product catalogs exist, and no official product names are known. Garden City Pottery is easily identified by its different glazes.

As cheaper products began to be imported from Korea and Italy, as well as the emergence of plastic flower pots, Garden City found itself unable to compete in that market. By 1979, they decided to exit the manufacturing business and focus solely on wholesale distribution. The new venture was not profitable, and Garden City closed in 1987. 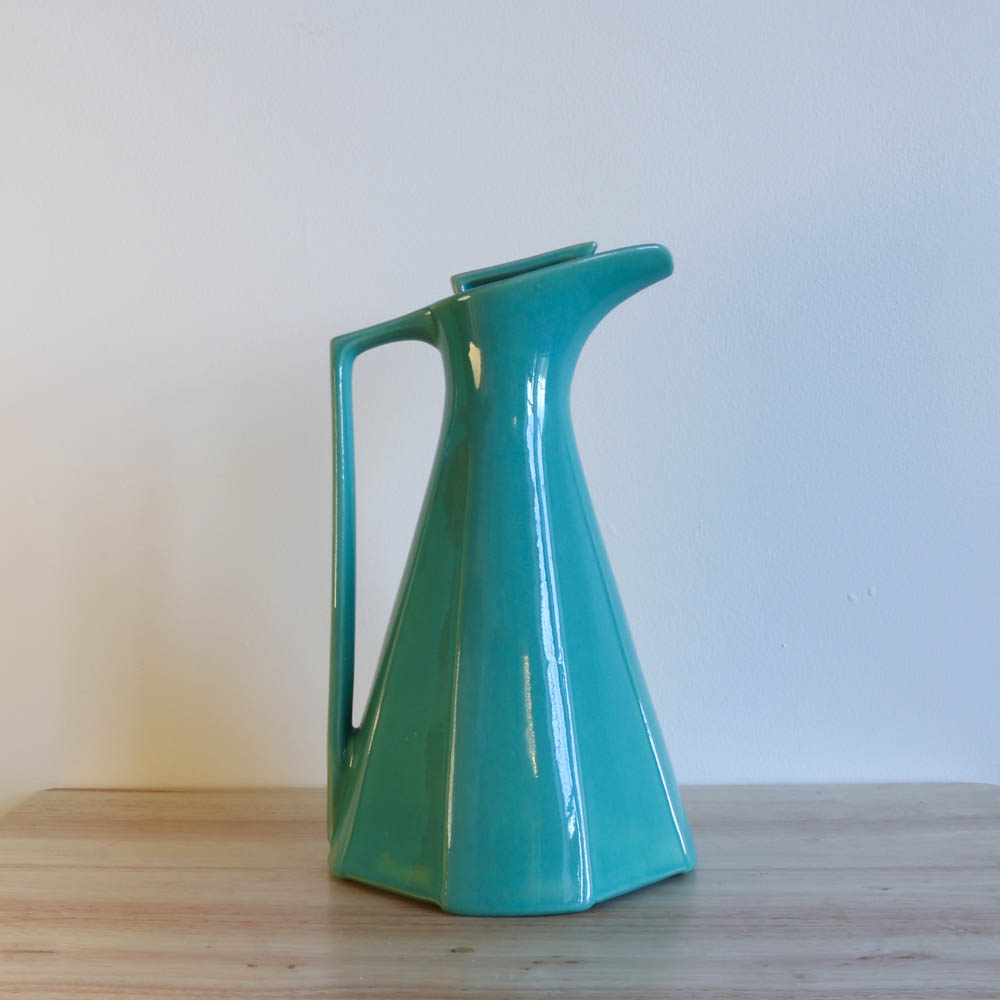 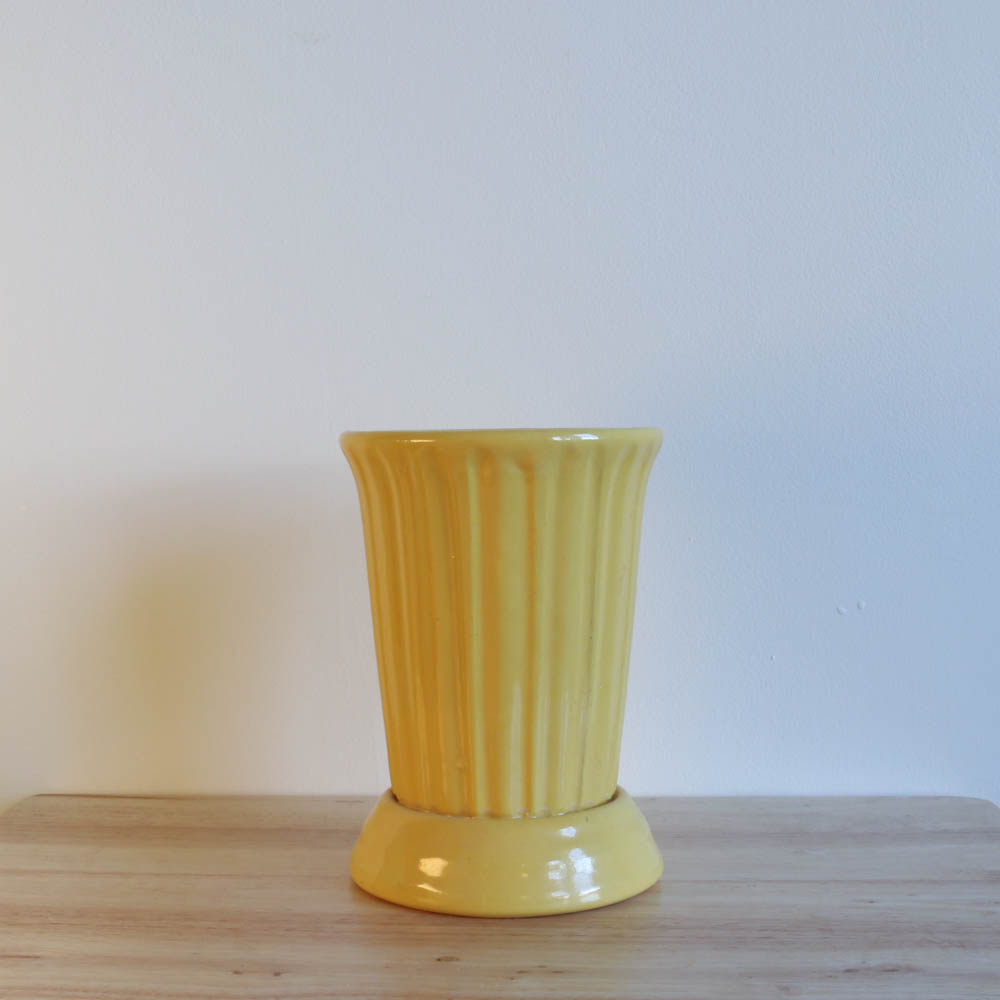 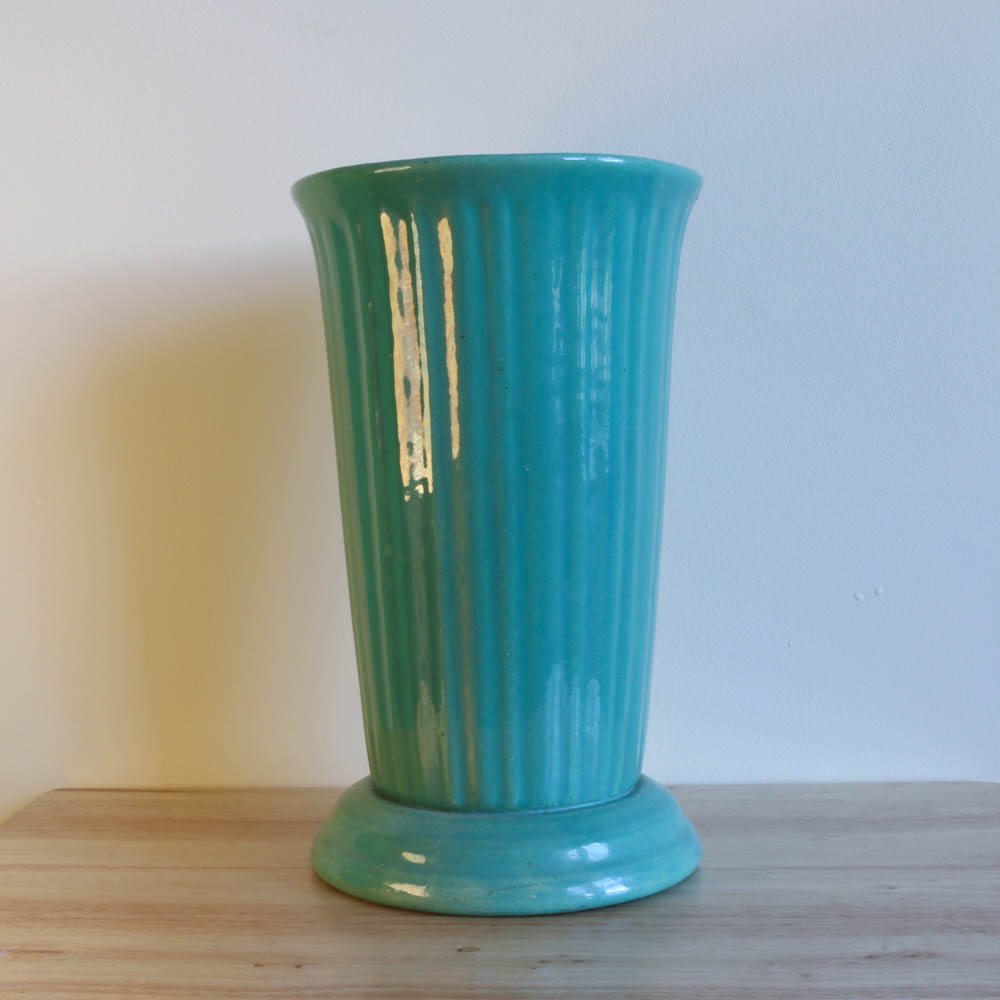 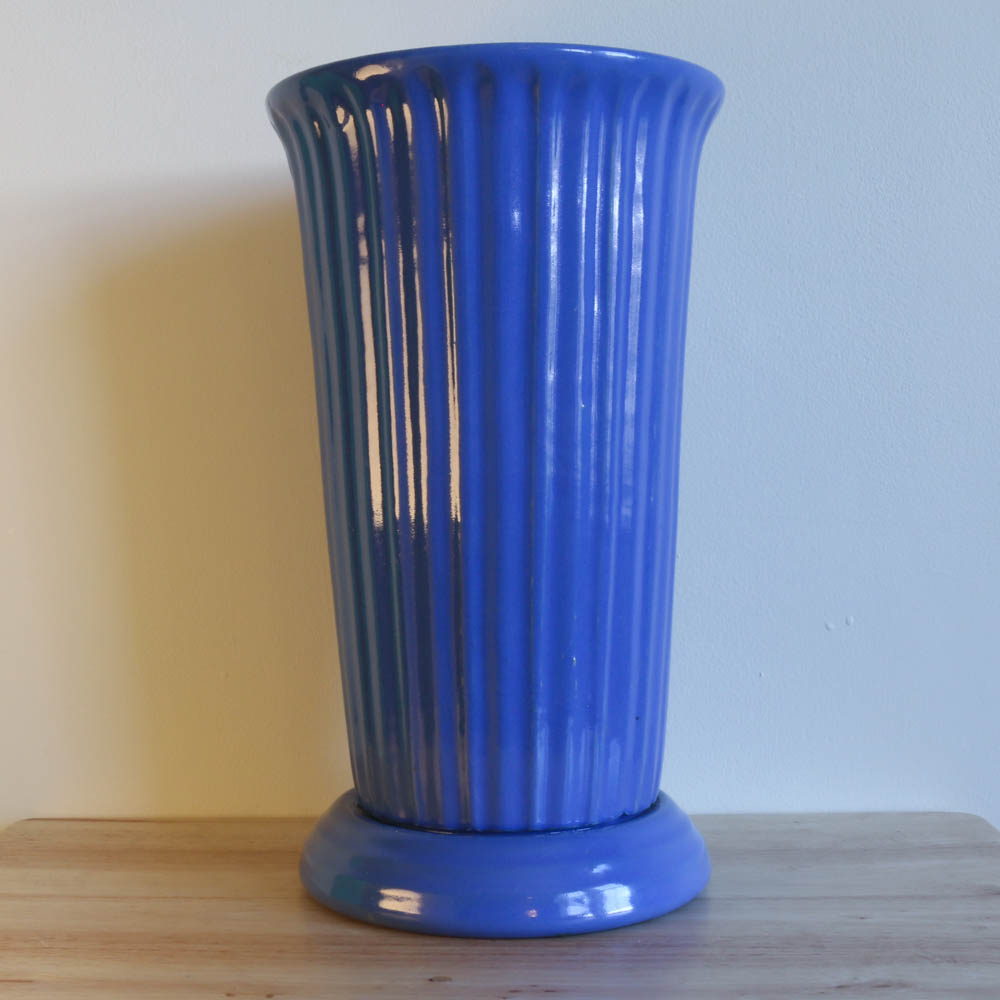 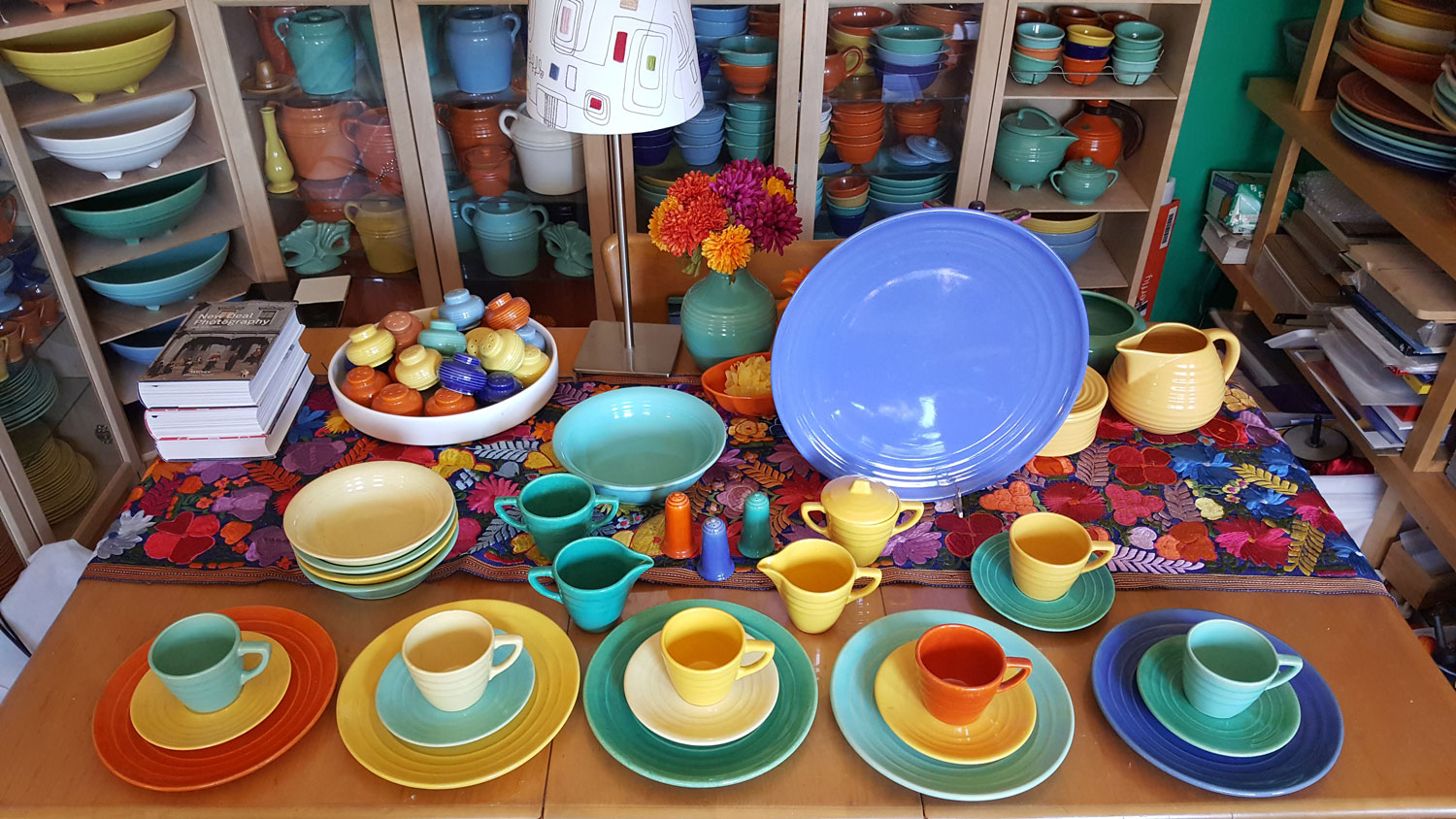 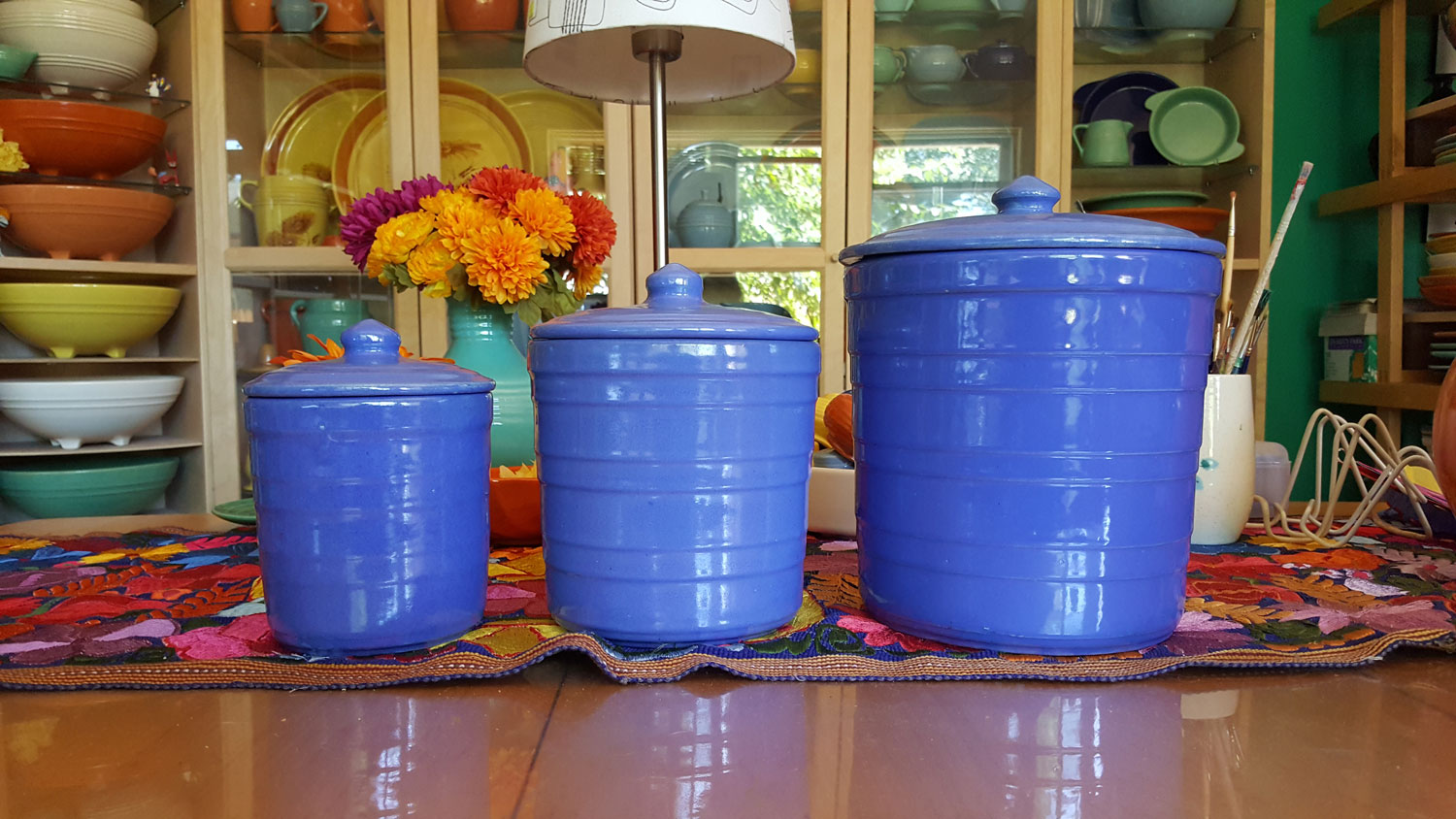 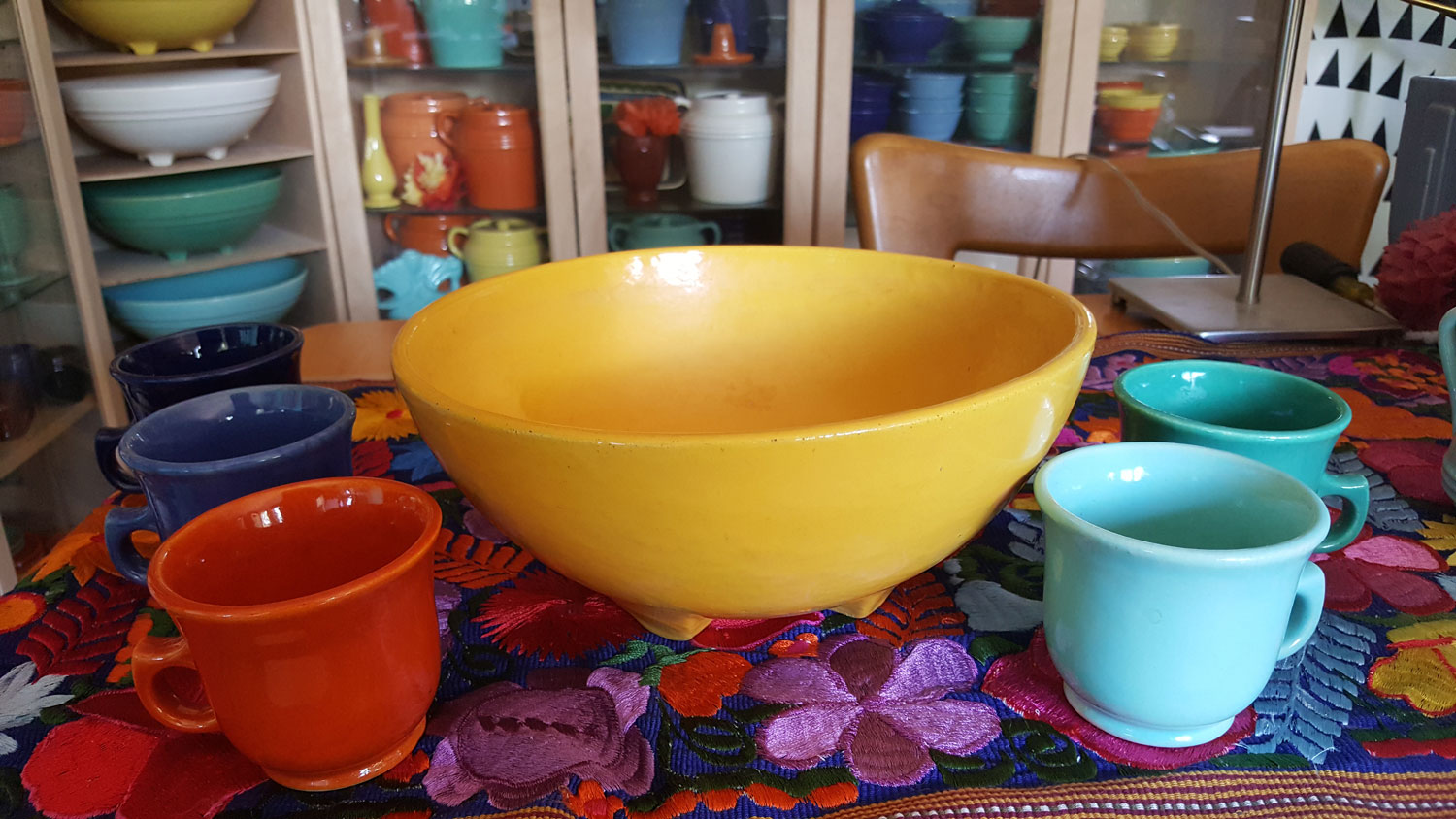 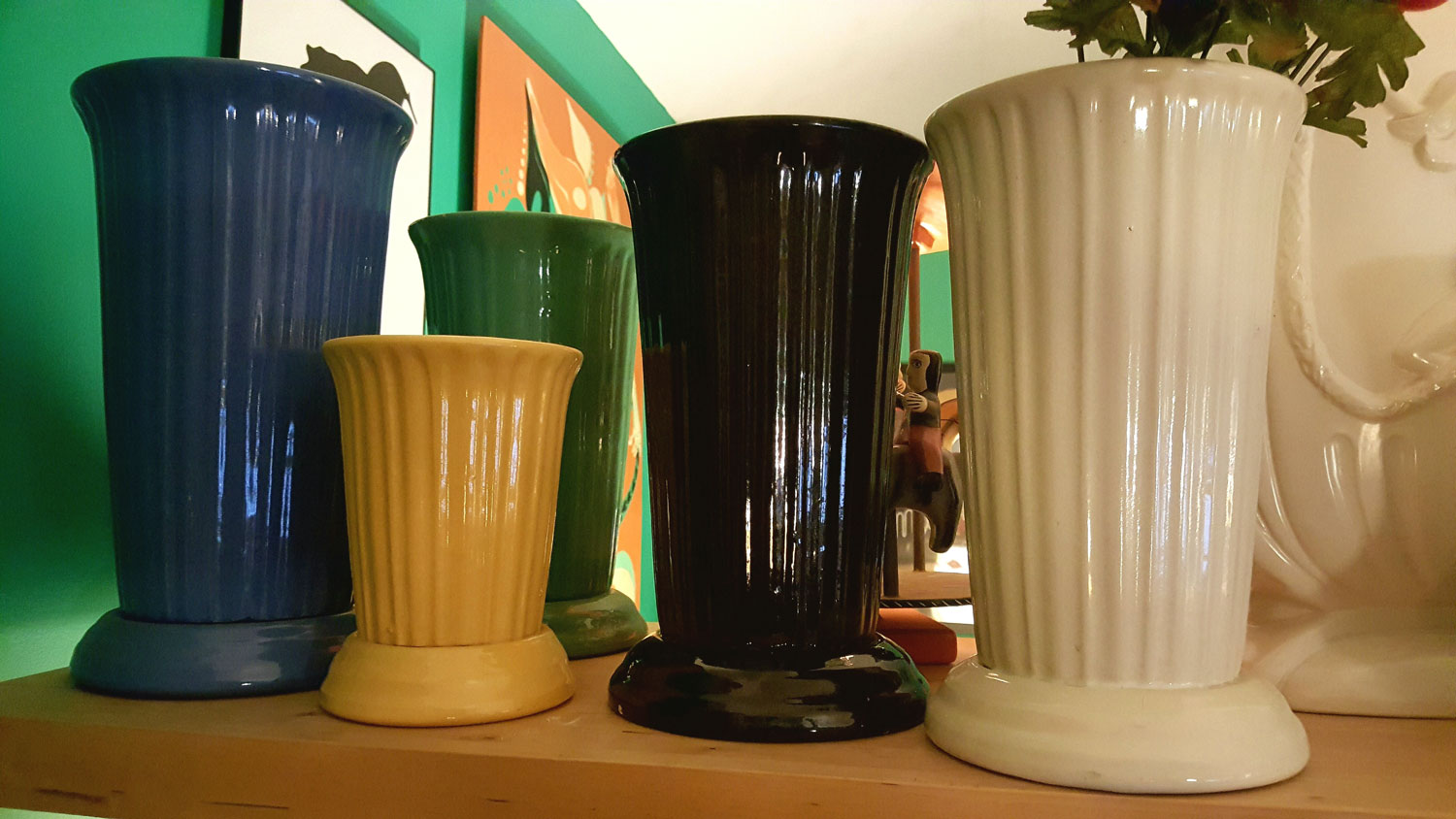 Hands down, I think Garden City Pottery has the best colorware glazes of any manufacturer. They dipped (vs. sprayed) the pieces, giving them a richness and thickness. The deep saturated colors are beautiful.

Garden City is never, ever marked, but once you’re familiar with the glaze colors and pieces, it’s easy to spot. Unfortunately, collectors will have a hard time pulling together a set of dinnerware – it’s hard to find! 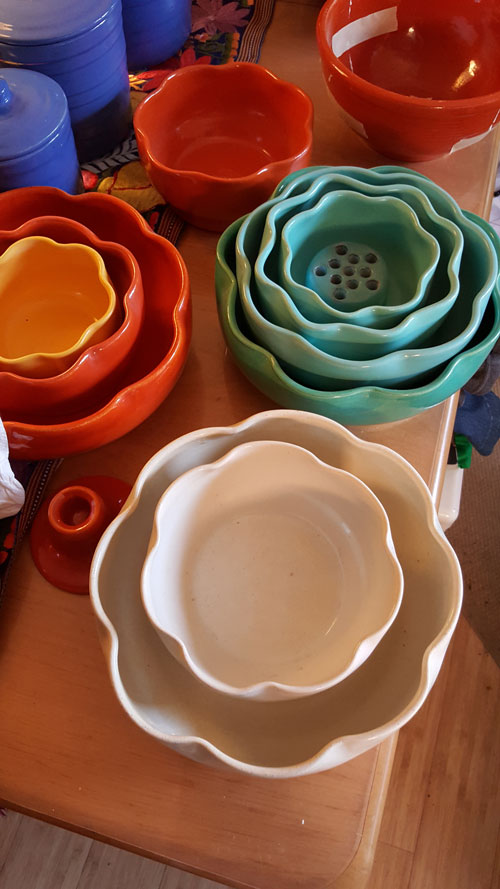 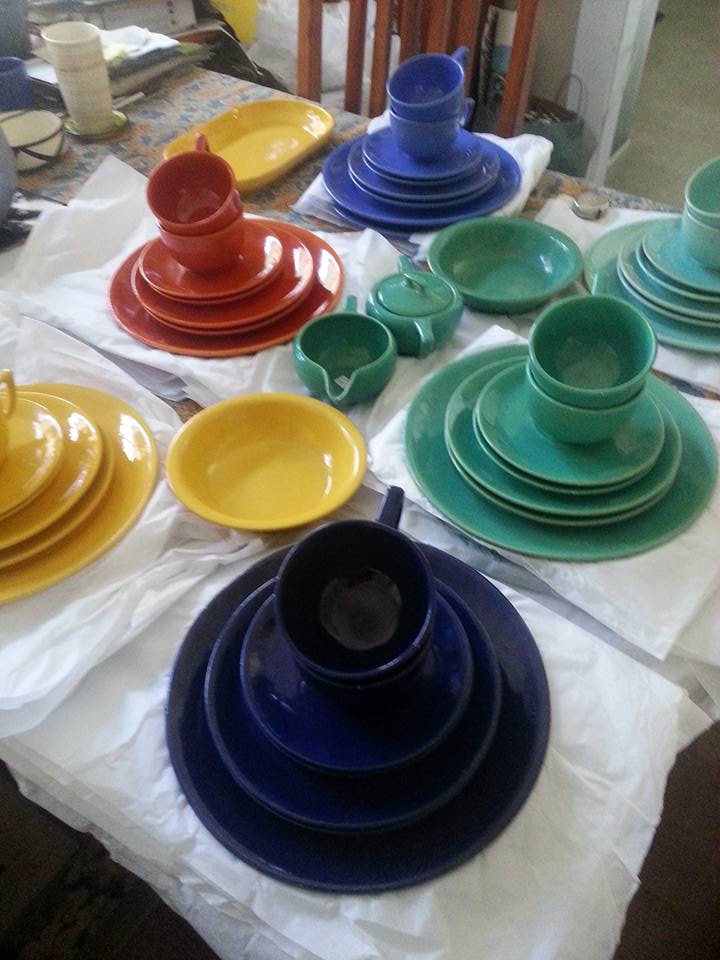 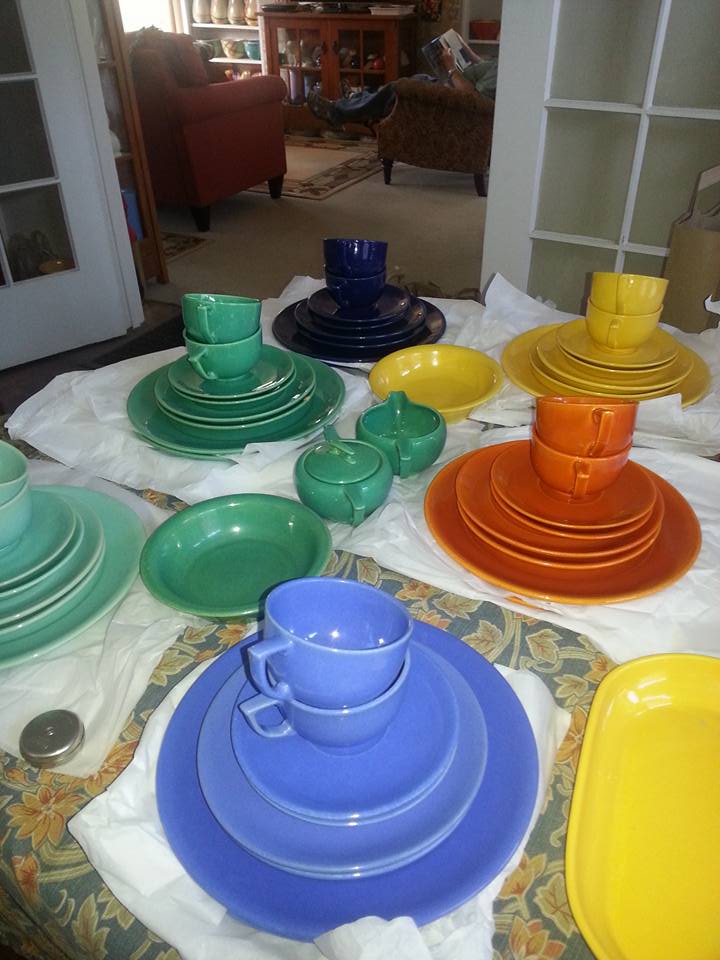 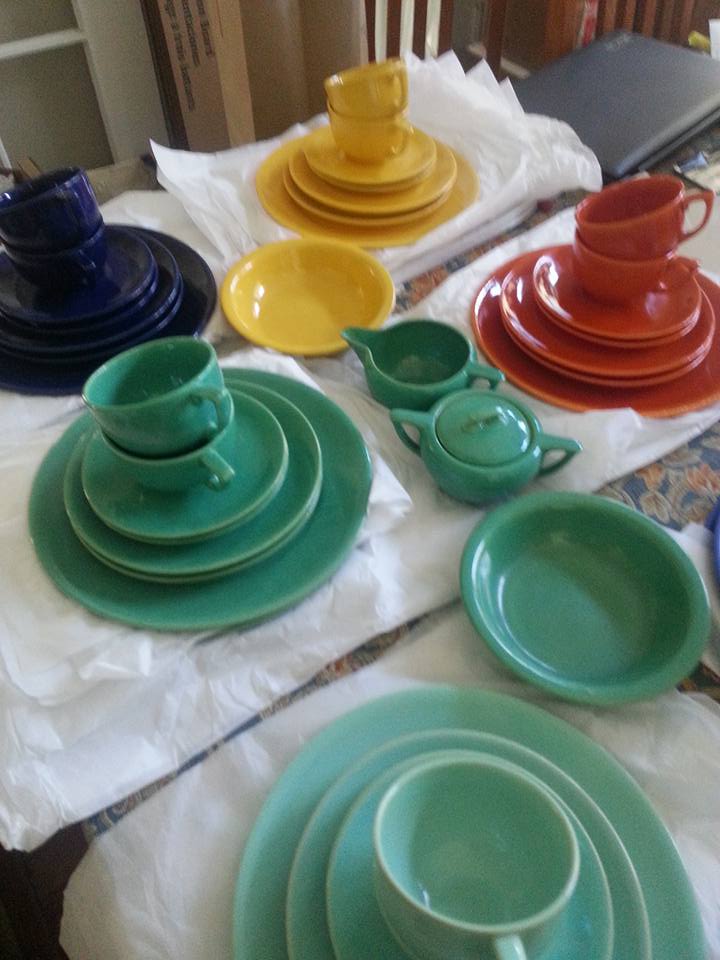