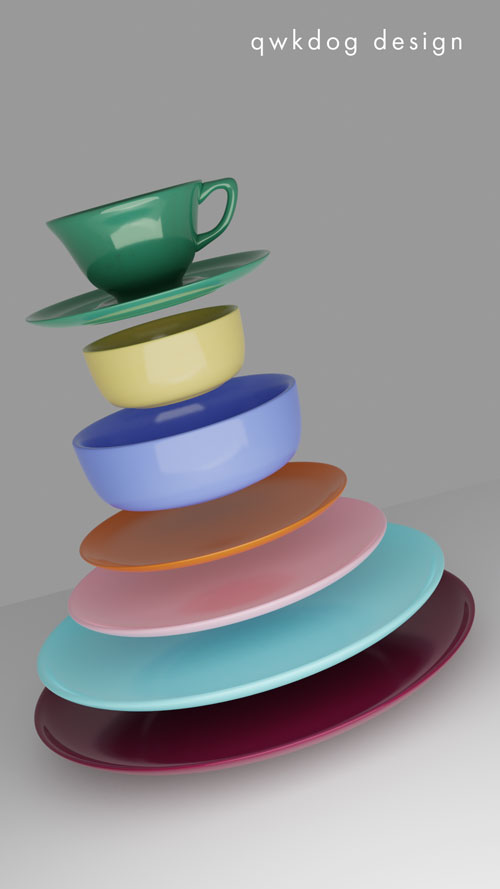 At the height of the pottery craze in the 1930s, California boasted over 1,600 potteries. Manufacturers sprung up overnight to meet consumer demand for colored dinnerware, gardenware and artware. For many of these companies, few if any records exist. One of the hidden gems of the era was Padre Pottery. Very little is known about the company other than they operated in the mid-30s to approximately 1943 in Lincoln Heights district of Los Angeles, close to Pacific Clay Products and Bauer Pottery. From the photos, you can get a sense of the wide range of products offered by the company. Pitchers, bowls, teapots and artware are some of the more commonly found items today.

A large fire destroyed most of Padre’s manufacturing facility in 1943 – a common occurrence for potteries – and the company did not rebuild. Around 1942, most manufacturers had switched over to wartime production, dramatically reducing the amount of consumer goods produced during the war period. With such a large loss, the company was probably unable to rebuild due to financial losses, and the inability to scale to shift production capabilities to utility wares and other wartime products.

Show the world that you’re a fan of Padre Pottery with this logo design t-shirt available in my Society6 shop!

I’m not a Padre collector, but I do have a soft spot for carafes and tumblers. Here’s a beautiful carafe design in red-orange glaze. Padre used this style on several teapots and a creamer and sugar, but it wasn’t produced as an official dinnerware line and has no pattern name. 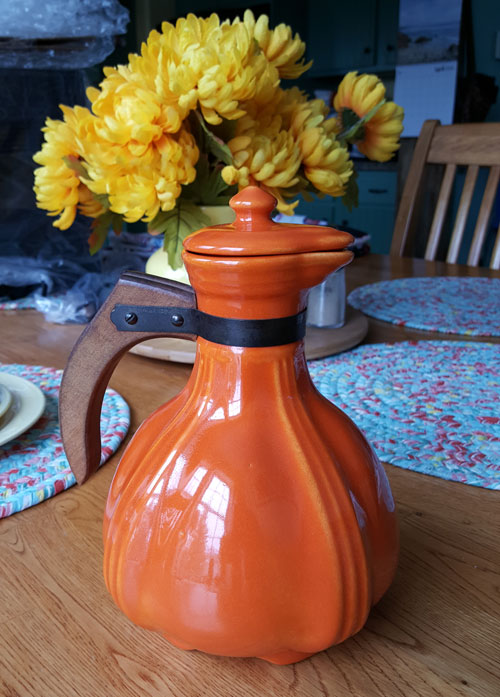 Padre Pottery is really random! Collectors will find a mix of different shapes, styles, colors and glazes in their dinnerware line. Unfortunately, there’s no cohesive design to bring it all together. Padre “borrowed” styles from many other manufacturers. 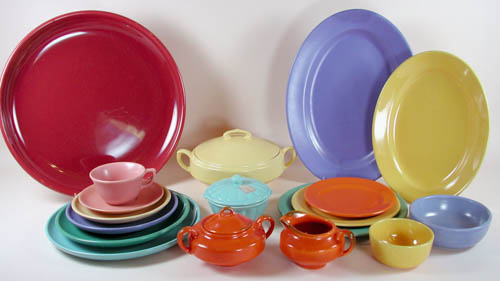 The market for giftware grew rapidly in the late 1930s. In addition to their popular colored dinnerware lines, California ceramics companies produced large quantities of pottery in the form of vases, decorative tableware, and artware. Collectors with a keen eye will note that Padre shares some shapes with Catalina. It is believed that several Catalina Pottery employees came to Padre, and the two companies shared production molds. Even some of the glazes are very similar. 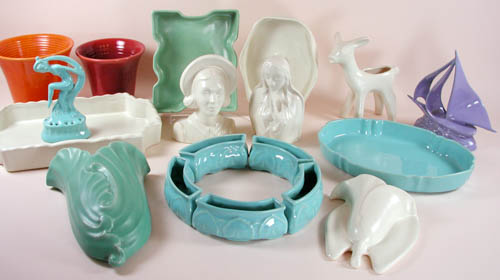 In 1940, Padre introduced a new line of hand-painted decorative items from newly created shapes. They called the new line “California Regal.” A staff of approximately ten young women performed the decorating, including Jane Holland who opened her own studio in South Gate, California after Padre closed their doors in 1943. 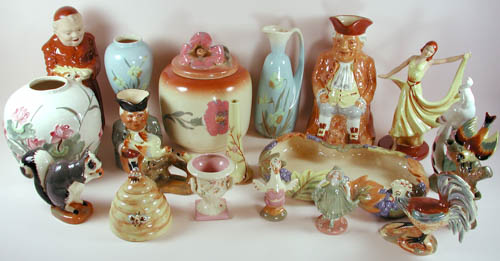 Padre Pottery can be found with a variety of in-mold marks, stamps, and foil labels. 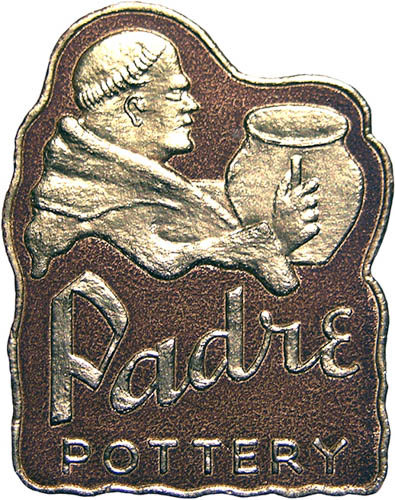 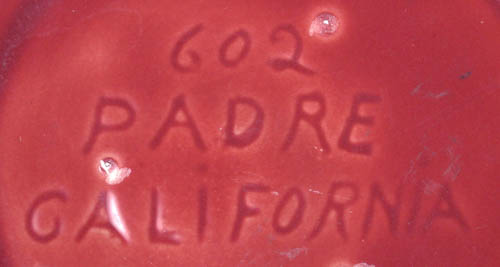 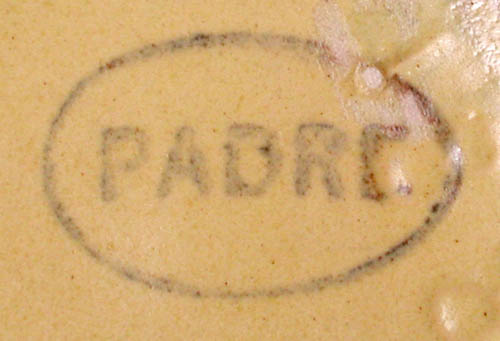 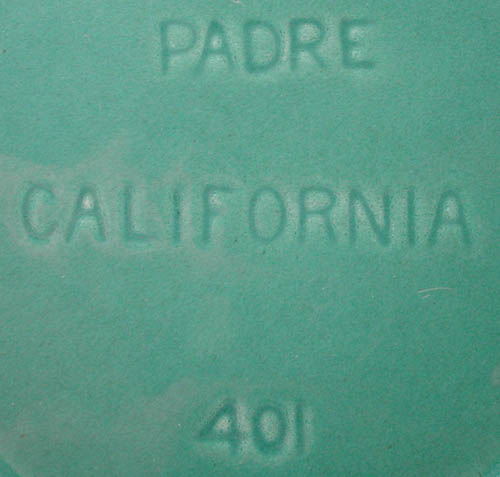