Metlox 200 Series was Metlox’s first contender in the colorware market, going head-to-head with Bauer and Pacific Pottery. Company records from the early 1930s are spotty, making it difficult to track the actual items in production for any of these early lines. Some pieces may only be designated with a “California Pottery” in-mold mark, others – like Mission Bell – have a backstamp, but don’t include the Metlox name. The Series 200 Poppy Trail dinnerware evolved into a huge line. Colors included the full spectrum of bright glazes (rose, blue, green, ivory, red, yellow) and later in colorful matte-glazed pastels (15 colors in total).

Most commonly found pieces are pitchers, carafes, tumblers, and teapots – the rest of the items (especially individual pieces such as plates, cups, and bowls) can be hard to find. This is a common phenomenon for most dinnerware lines of the period – hostesses in the 1930s – the throws of the Great Depression – weren’t likely to throw out their existing dinnerware sets, but supplement them with colorware serving pieces. Beverage sets in particular are very common. 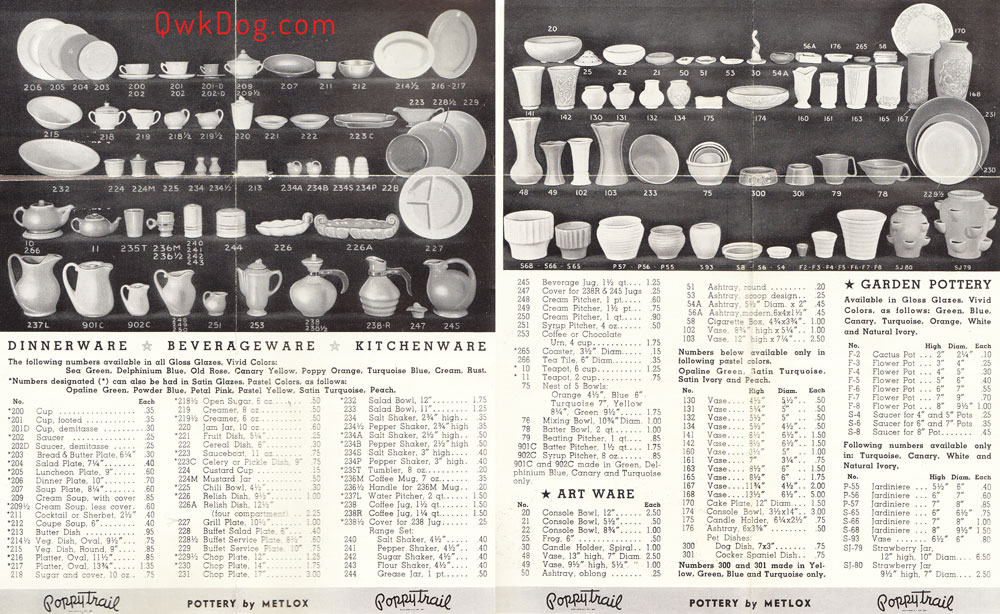