In 1929, executives from the Barker Brothers furniture store approached owners Frank and George Mason of Mason Manufacturing with a promotional poster from a Hollywood western movie featuring rustic-style furniture. Barker wanted Mason to design a line of furniture that would fit with the Spanish Revival housing going up all around the Los Angeles area. The Masons produced a 24-piece line within that year called “Monterey.” Mason continued to manufacture Monterey furniture through 1942. As the line gained popularity other manufacturers, such as Coronado Furniture, began to widely copy the style.

Decorators at the factory finished off the pieces with detailed hand-painted floral designs and workers took great care in distressing the wood to give it an old-world look. Wrought iron details were added and the surfaces marked to create the illusion of hand-forging. Dressers, bars and tables often integrated other locally produced tile. In addition to furniture, Mason manufactured lighting fixtures.

In 1932, Mason added two new finishes, a lighter brown called Smokey Maple and a blond finish called Desert Dust. At this time, the crackle paint finish is added and artist Juan Duran Tinoco (under his nom de plume Juan Intenoche) adds his unique Mexican-themed illustrations to some of the larger pieces.

By the mid 1930s, interest in the Spanish Revival style began to wane and Mason looked for ways to revitalize the Monterey line. They retired the early colored finishes and lightened up the pieces, reducing the amount of ironwork and metal features. Part of the line’s simplification came from a need to reduce production costs. Through the end of the decade, Monterey struggled to find an audience as architecture and design tastes changed.

In 1943, patriarch Frank Mason died and his son George joined the Navy. Manufacturing of the Monterey line stopped at that point and the company was sold in 1945. 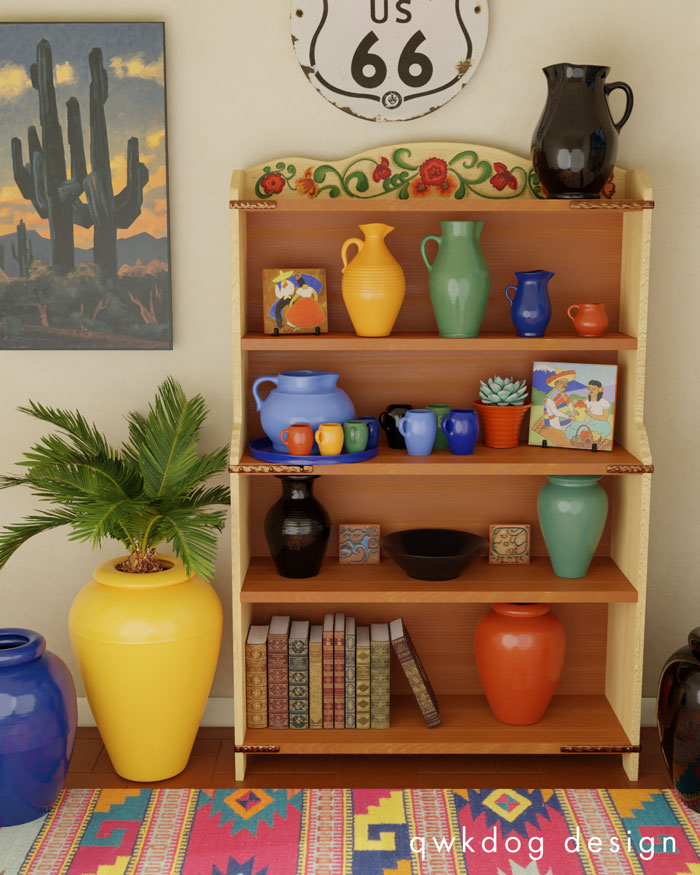 Read the George Mason interview on the history and Mason Manufacturing and Monterey here.