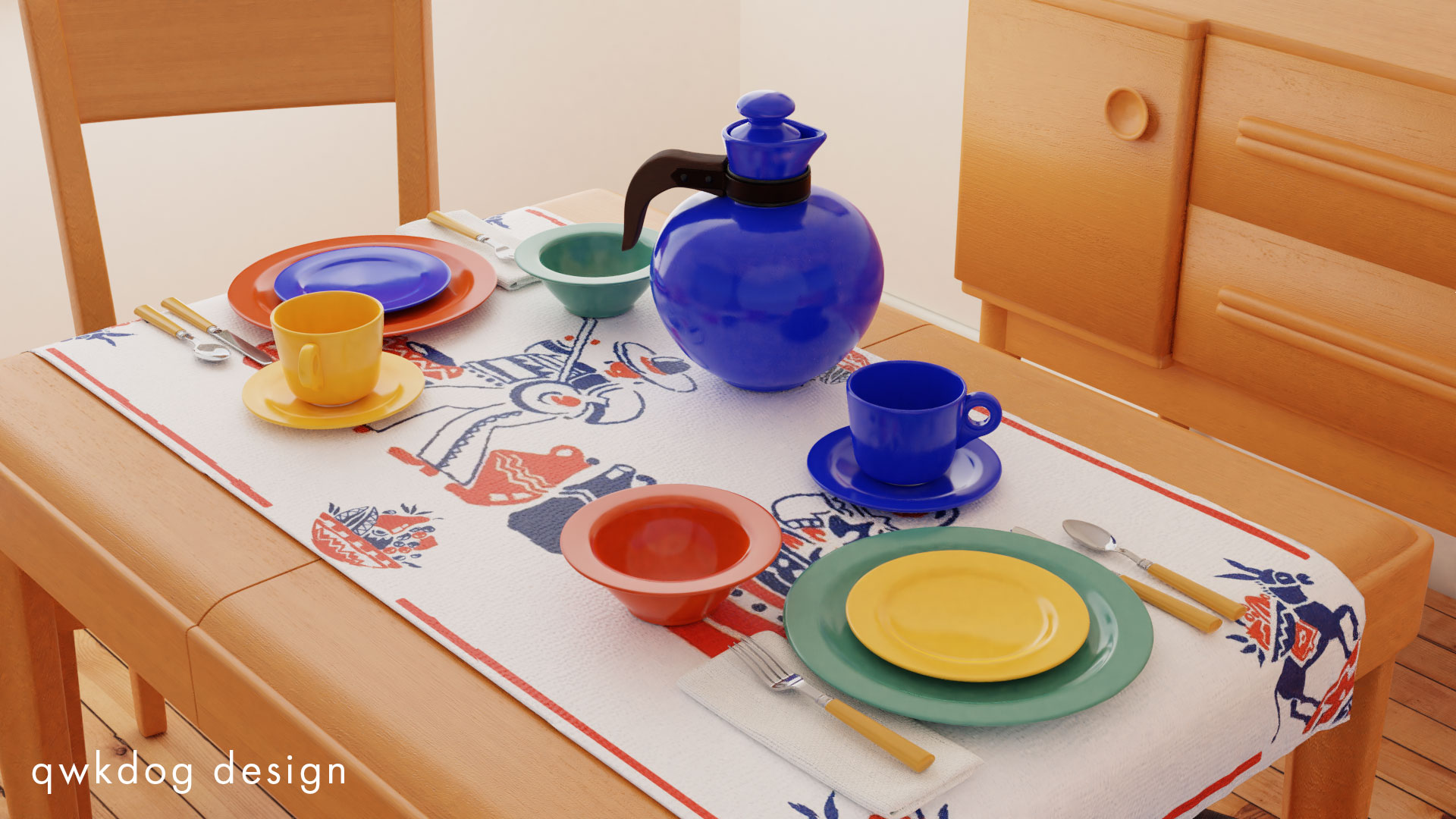 Hollydale Pottery of Los Angeles produced dinnerware between the mid-1930s through the 1950s. Very little is known about the company’s history other than they manufactured out of a plant at 1461 Industrial Avenue in the South Gate area of LA. According to a notation in the January 22, 1937 Los Angeles Times, the plant burned to the ground (a common hazard!) destroying a building valued at $25,000 and lost pottery valued at $6,000. They either rebuilt the facility or relocated nearby.

Following the colorware craze, Hollydale launched “Capistrano” around 1936. By 1940, Capistrano came in six different colors: Orange, Turquoise, Green, Yellow, Rust, and Blue. Distributors sold 20-piece sets in the four core colors (orange, yellow, green, blue), 32-piece sets in the full range along or as open stock. Hollydale also licensed the pottery line to Sears, who offered a free set with purchase of a Sears Coldspot Refrigerator (designed by Raymond Loewy) in certain markets. Some Capistrano features a backstamp, but most is unmarked.

The company introduced another pattern under the “Capistrano” name in the early 1940s similar in style to Gladding-McBean’s popular Franciscan Coronado line. This pattern shows up newspaper display advertising as “Capistrano Pottery Swirl Pattern” in the mid-1940s.

In the early 1940s, Hollydale produced what would be come one of their most enduring sets: the Chicken-of-the-Sea individual tuna casserole bakers and matching salt and pepper shakers. Collectors often misattribute these pieces to Bauer Pottery.

In addition to plain and swirled Capistrano, they launched a line in the 1940s called “Del Coronado,” with an embossed grape leaf pattern. Other collectors noted that pieces of this pattern have been found with Santa Anita backstamps. Del Coronado may have been another promotional line manufactured by different companies. Hollydale’s final line, “Malibu Modern,” ran through the 1950s. Like many other area potteries unable to compete with cheaper Japanese imports and changing tastes, Hollydale closed their doors in the late 1950s.

Thank you to Carl Carter for information on Hollydale! 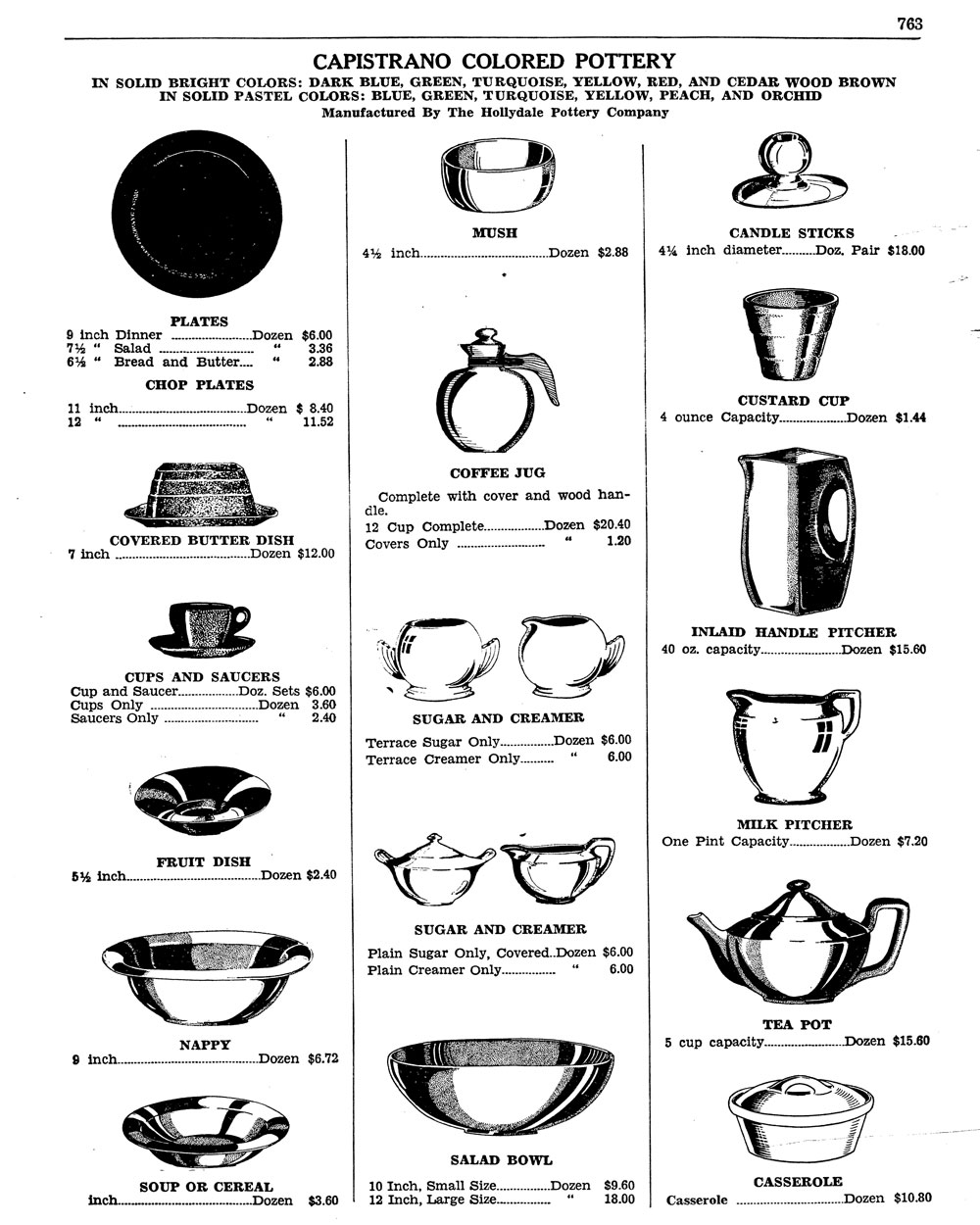 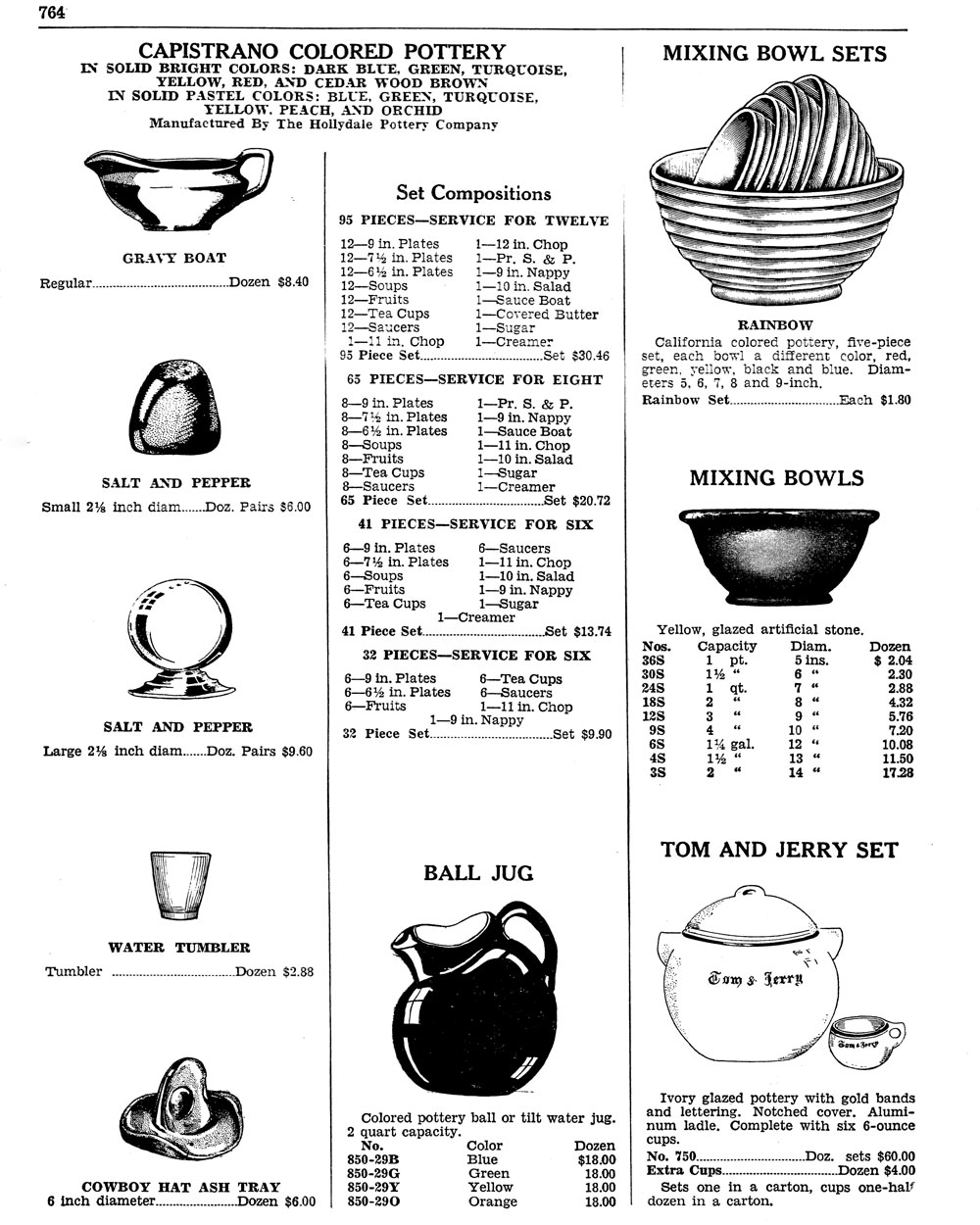 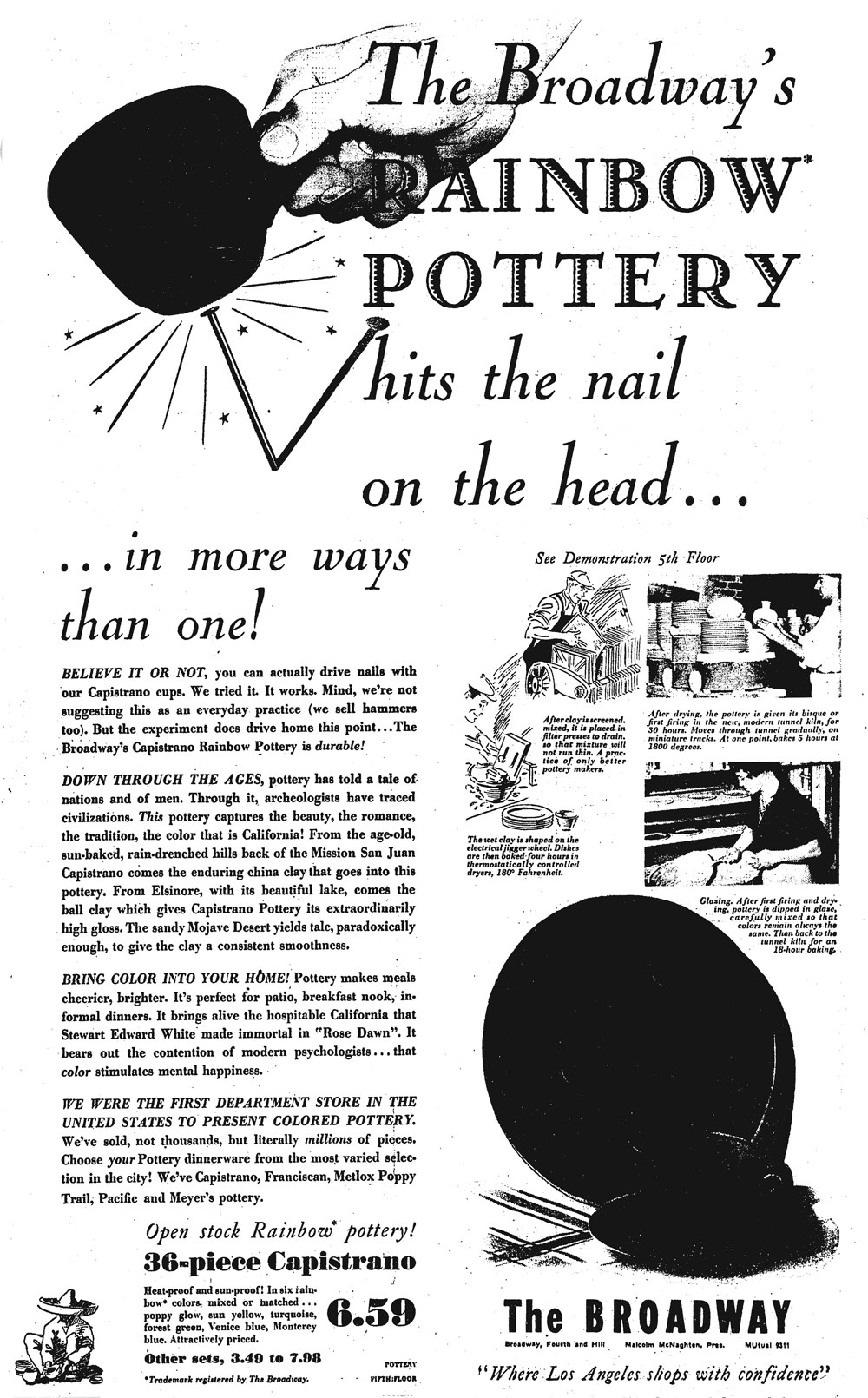 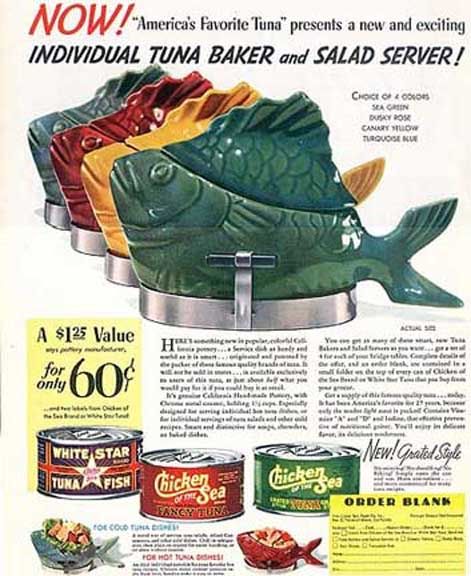