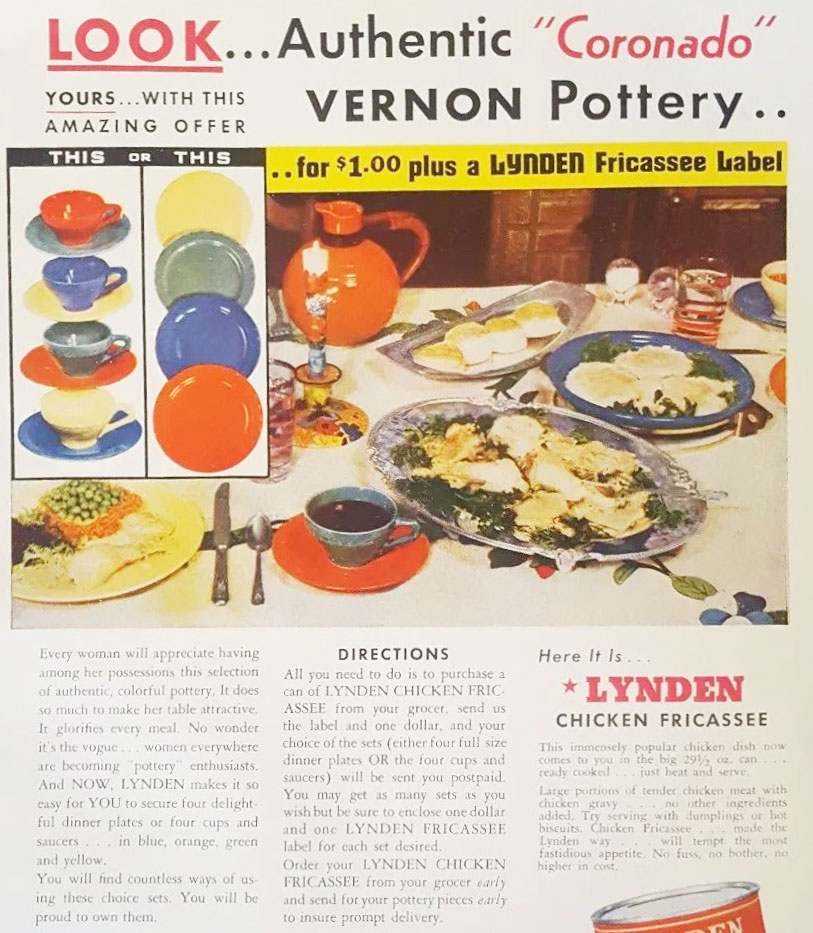 Between roughly 1936-39, Vernon Kilns produced a premium line based off of Early California called Coronado. Premium lines were sold through gas stations and grocery stores or offered as customer give-aways. For every purchase a customer made at the store, they would receive coupons for free or reduced price dinnerware items. Coronado was a “short set,” meaning that only a few basic pieces were offered in the lineup. Coronado originally came in five Early California colors, red, yellow, brown, green, and blue. Vernon offered Coronado exclusively in light green, light blue, peach, and pink, but these color are extremely hard to find. Vernon Kilns redesigned some of the pieces – cups, creamer, and sugar – later in the line. I like to think of Coronado as Early California with ruffles.