The artist and potter William “Harry” Bird designed several bespoke patterns for Vernon Kilns in the mid- to late-1930s. Little is known about Bird – there are rumors that he rented space in Vernon’s plant; there is no indication that he was an employee of the company and may have produced his work under contract or self-distributed. All of Harry Bird’s designs were produced on Vernon’s “Montecito” shape (Early California and others). Bird may have been the first to leverage the in-glazing technique of decorating, also used by Pacific Pottery on their decorated ware starting around 1935. 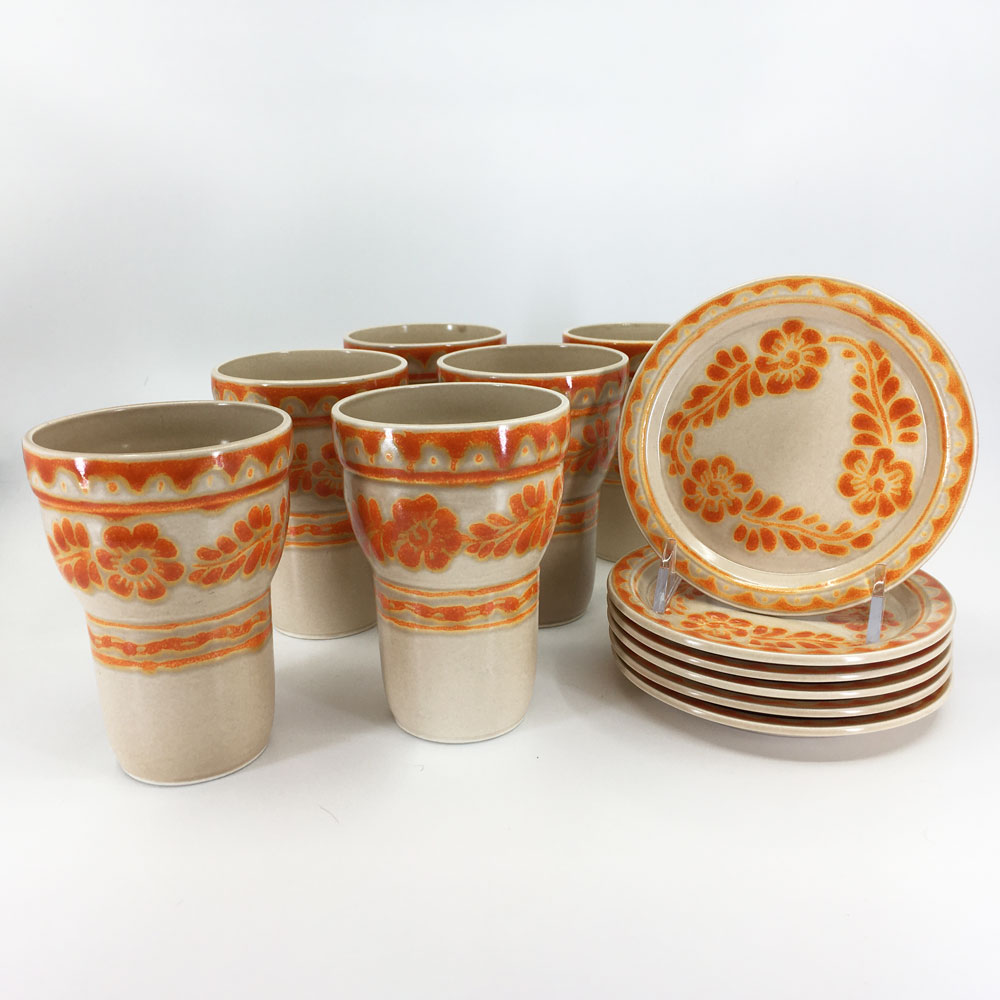