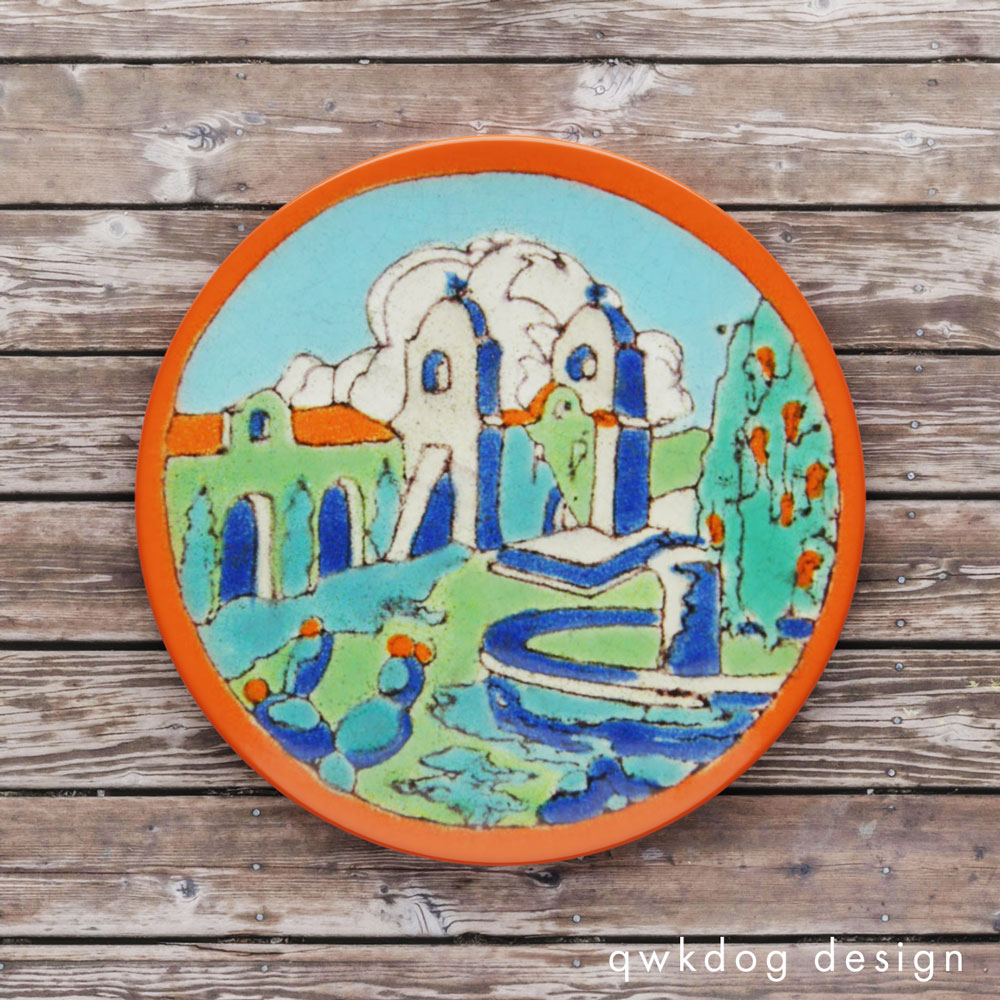 According to California Tile: The Golden Era 1910-1940 (Taylor, Soukup, and Trotter), John Davies and John McDonald operated D&M Tile in Los Angeles between 1928 and 1939. While little is known of McDonald, Welshman John Davies likely trained as a ceramicist at Doulton China in London in the very early 1900s. He emigrated to the United States around 1910, slowly working his way to California via a number of different tile companies throughout the country. Davies started as a superintendent at the Lincoln Heights plant of Pacific Clay Products in the late teens or early twenties. He left Pacific in 1927 to start his own tile production company at some time around 1928. D&M Tile shows up in Los Angeles area business directories in 1929 at 707 Antonia Street (this location no longer exists).

D&M produced a small range of square tile sizes ranging from four to eight inches along with some circular tiles. The authors of California Tile note a possible connection between D&M and the Hispano-Moresque Tile Company as many tiles share similar designs and other characteristics. They theorize that D&M may have produced tiles for Hispano-Moresque. After John Davies’ death in 1939, Harry Hicks of Hispano-Moresque acquired D&M’s kilns, inventory and glaze formulas.

Workers produced the tiles using a silk screened method where an outline is created on the surface of the tile and then glazes applied through silk-screening. Taylor, Tudor and Hispano-Moresque commonly used this technique. With the decoration applied, the tiles were tin-glazed. This process includes coating the tile with a lead glaze / tin oxide coating to enhance the colors. The oxides fuse with the glaze during firing, giving the finished piece a smooth surface. 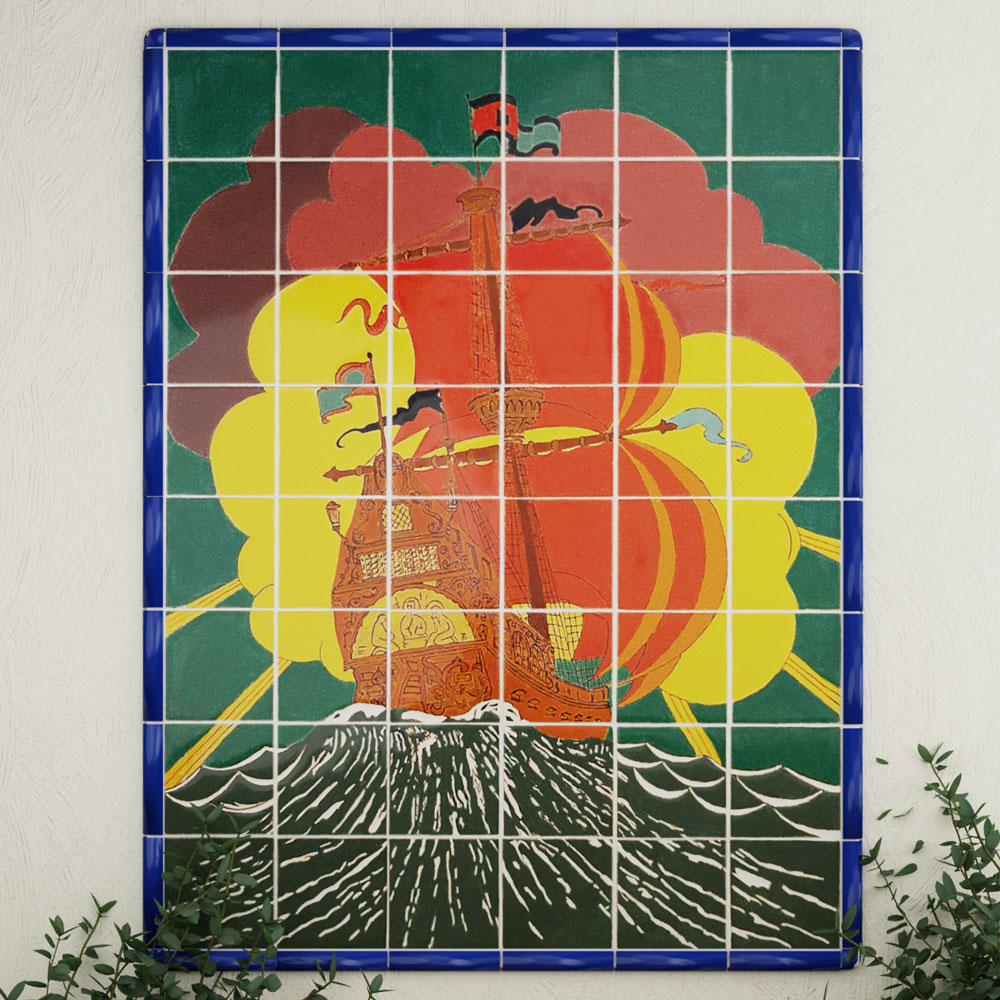 Small D&M Tile table with iron base. Tiles are 6". To learn more about D&M visit the D&M Tile page... 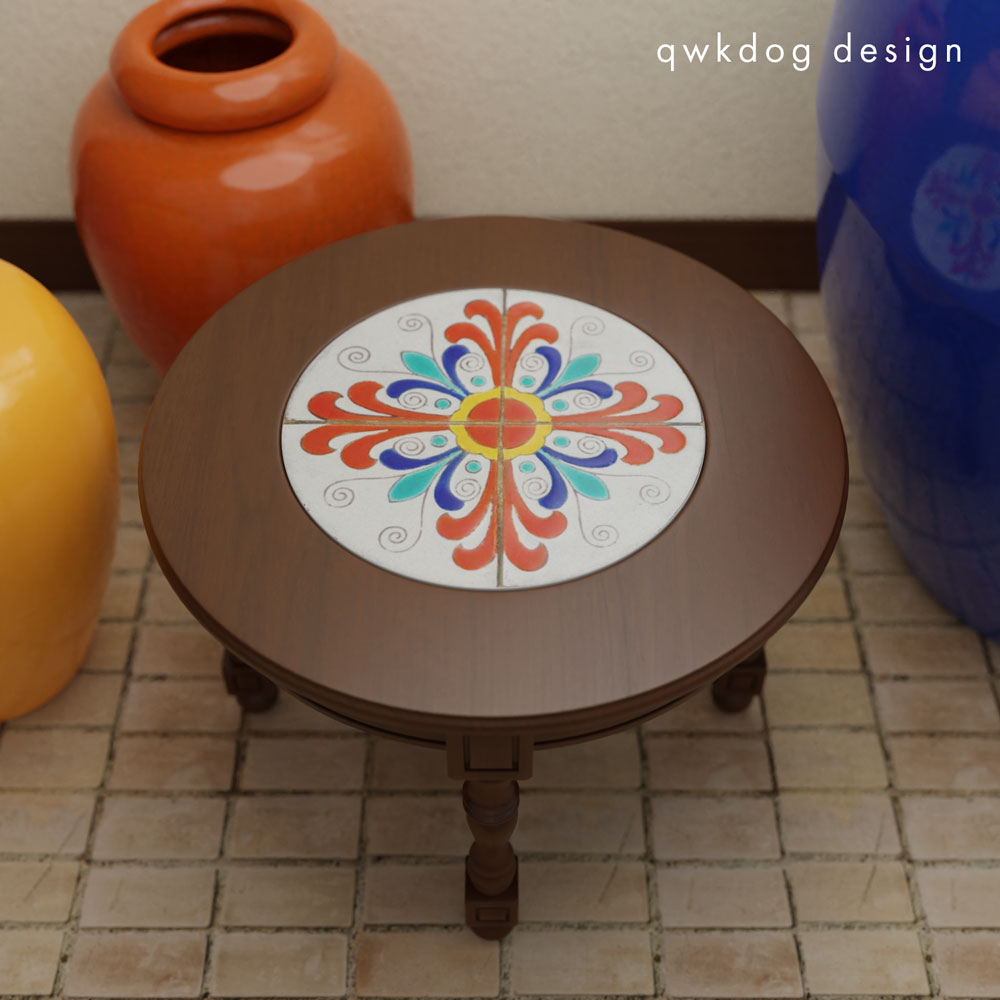