Gale Turnbull joined Vernon Kilns in 1935 as art director. A painter and engraver by trade, Turnbull worked at Leigh Potteries and Sebring Ohio prior to coming to California. Under Turnbull’s guidance, Vernon began offering a huge spectrum of designs and patterns. Not only is he credited with the design of the Ultra shape, but produced dozens of hand-painted lines on the rounded Montecito shape. Turnbull pieces are generally well-marked with his signature and the pattern name. There are so many pattern variants that many of Turnbull’s designs are preferenced with a T followed by a number. 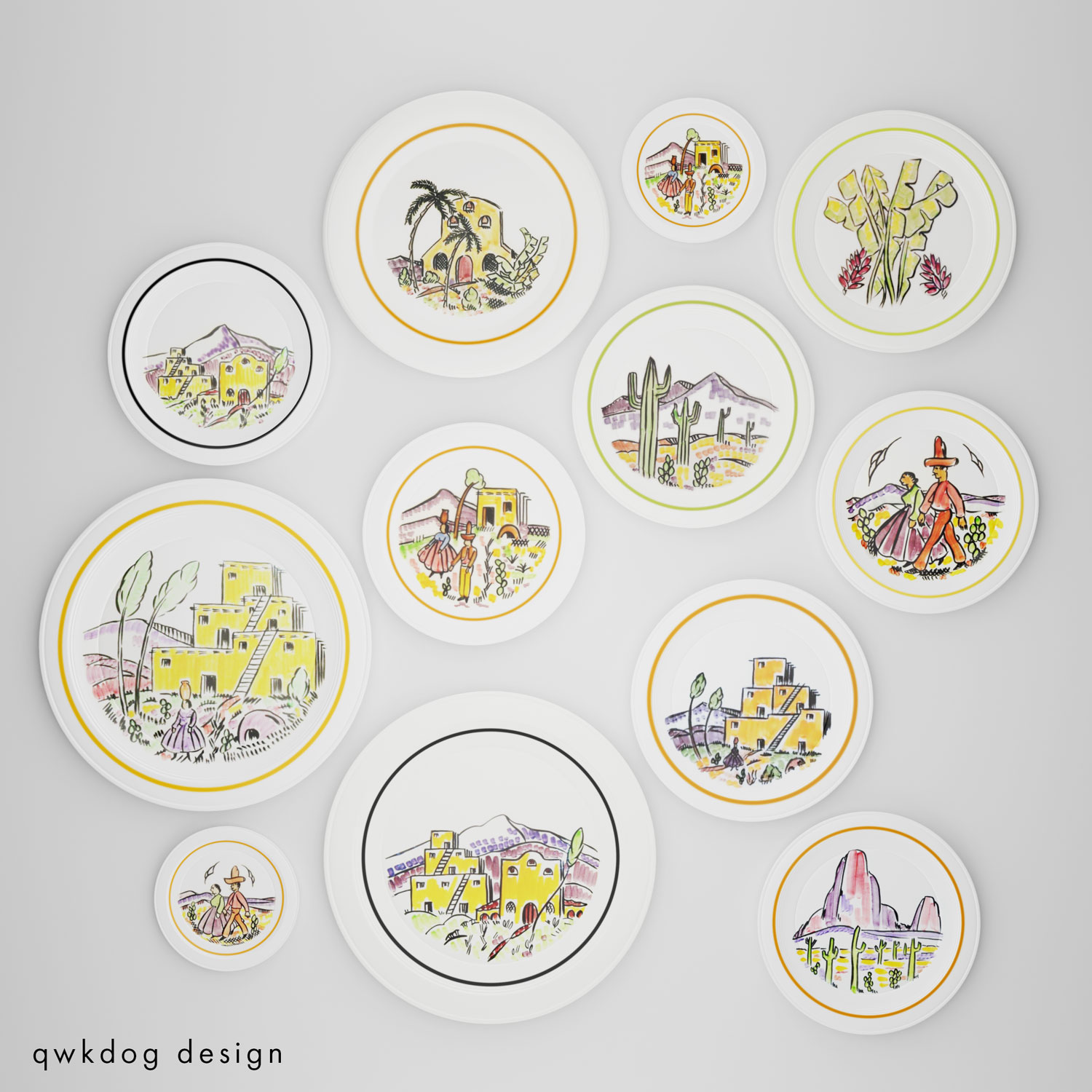